If you want to experience how you can better assess a certain situation or theme, the cross is the right spread for you. You can also use it to better illuminate the details of other spreads. This method uses 4 cards. 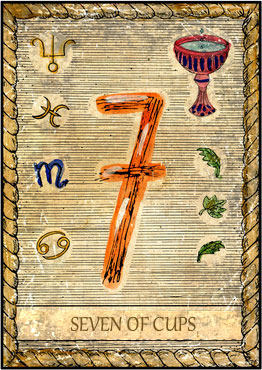 The first card shows you what it's all about. It describes the starting position.

As first card you drew "7 of Cups". The main meaning of this tarot card is: Dreams and ideas are aware and also indulgent. Pipe dreams, but also good imagination. Nothing is set in stone.. It generally means: Fantasies, illusions and dreams.

The card "7 of Cups" also stands for: Reflection, mood, contemplation and visions. Reversed it points to: Desire, will and determination. 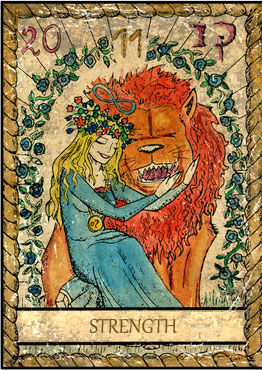 What should you avoid, what is the wrong way? This tells you the second card. Pay close attention to the different statements of the second and third card.

You drew "Strength" as second card. The main meaning of this tarot card is: Lust for life. No more fear. Success and recognition. Moral strength.. It generally means: Strength, courage and bravery. 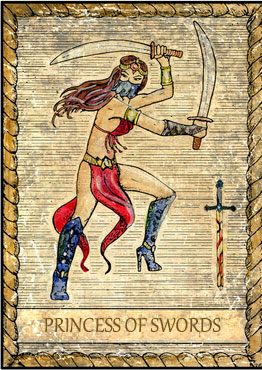 The third card will take you in the right direction. It will show you what you can do and how the Tarot's advice is. It may also happen that these advice is rather unpleasant.

You drew "Princess of Swords" as third card. The main meaning of this tarot card is: Overcoming material difficulties. Physical and sexual attractiveness.. It generally means: Strong character, daring and sincerity. 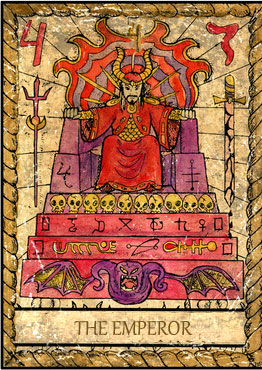 The fourth card shows you the solution and how to get there.

Your fourth card is "The Emperor". The main meaning of this tarot card is: Things becoming stable. You gain control. You can get through. A great person.. It generally means: Strength, power and realization.

The card "The Emperor" also stands for: Implementation, will, stability, reason, achievement, help, authority and protection. Reversed it points to: Benevolence, compassion, confusion, enemies, disability and immaturity.
Since the fourth card already shows a way, no quintessence cards are needed here.