If you have a question about which decision you should make, then it can often be helpful to consult the tarot cards. It cannot answer any yes/no questions, but the tarot can help you recognize tendencies. With this spread, two different paths will be shown to you. Ultimately, you will decide which is the better and more coherent path for you. 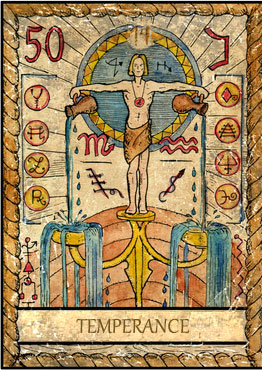 The card number 7 symbolizes the initial position. From this point it becomes clear why this question arised.

The card "Temperance" also stands for: Organization, accommodation, domination, adjustment, balance, compromise, interaction and conflict of interests. Reversed it points to: Church, religion, sect, priesthood and disunity.
Now you can interpret the upper cards one at a time. Then take a look at the lower path. Which way is the more coherent for you? This is what you decide for yourself. Often one feels much more drawn towards the one than to the other. Listen to your feeling. 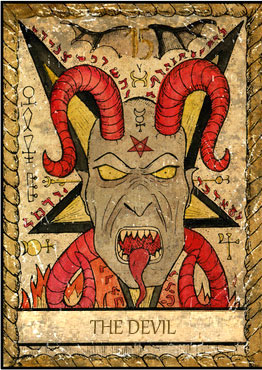 This is the initial situation for route A (card 3):

As first card you drew "The Devil". The main meaning of this tarot card is: Feeling trapped, dependence on instincts. It generally means: Fear, temptation, suspicion and jealousy. 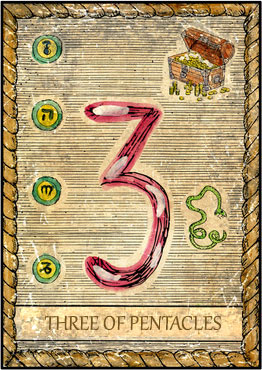 This is how you continue on this path (card 1):

As first card you drew "3 of Pentacles". The main meaning of this tarot card is: You are tested through an important process. Inauguration. End of a transaction.. It generally means: Improvement, difficult task and glory. 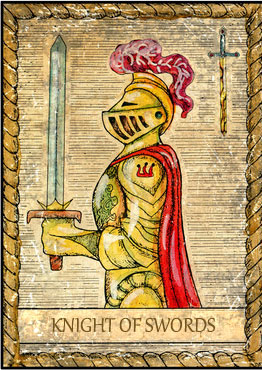 Route A will take you there (card 5):

As first card you drew "Knight of Swords". The main meaning of this tarot card is: Disputes and anger. Misplaced aggression. Hitting a sore spot. One’s pure heart. Man with weapons. Restless spirit.. It generally means: Cooling, confrontation and courage. 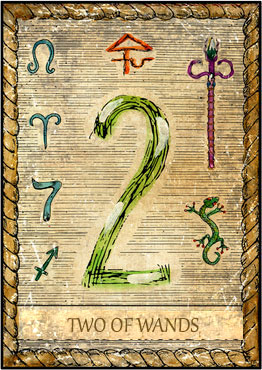 This is the initial situation for route B (card 4):

As first card you drew "2 of Wands". The main meaning of this tarot card is: Consider something from a distance. Walking up to the edge. Longing for emotions. Conflicting directions.. It generally means: Neutrality, feeling of emptiness. 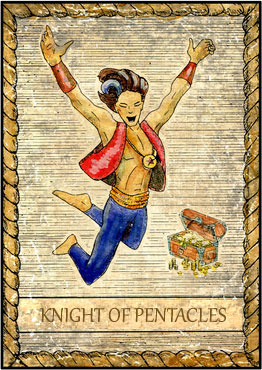 This is how you continue on this path (card 2):

As first card you drew "Knight of Pentacles". The main meaning of this tarot card is: Perseverance. Bustling atmosphere. A useful man. Useful discoveries. Visit from a friend, unexpected money for the questioner.. It generally means: Durability, advantage and profit. 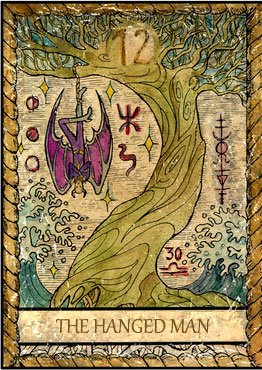 Route B will take you there (card 6):

As first card you drew "The Hanged Man". The main meaning of this tarot card is: Feeling helpless. Sacrifice and rethinking things. Bringing light into the darkness. Things are upside down.. It generally means: Peace, reflection and repentance.

The card "The Hanged Man" also stands for: Awakening, wisdom, reorientation, prudence, examinations, inspiration, prophecy, insight and intuition. Reversed it points to: Stagnation, dissatisfaction, postponement, transition, renunciation, abandonment, sacrifice, self-respect and obscurity.
The interesting cards in this tarot spread are the 5th and 6th. They provide insights which provide long-term developments. Therefore, the way begins to show itself to you.